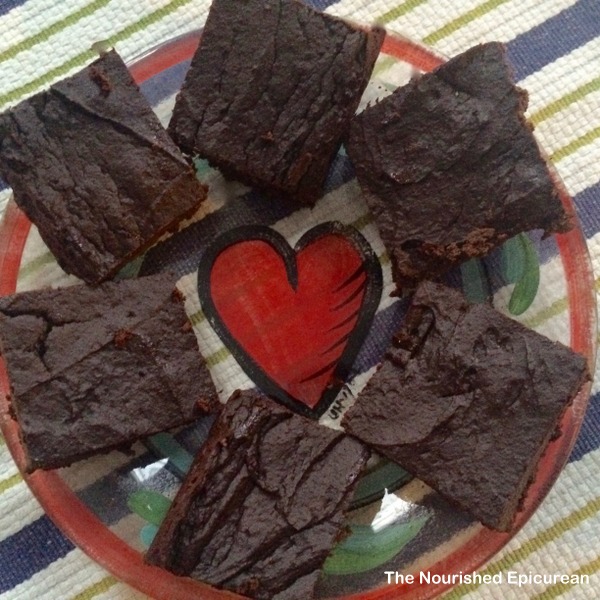 Want to show your love? Give me chocolate—the darker, the better (I like 85% cocoa content or higher). Or…you could make these brownies!

Why does chocolate = love? We have to credit the Mayans for creating this symbolic connection. In the 7th century, the Mayans migrated from Guatemala to the Yucatan peninsula, where they established cacao plantations. Cacao beans were then used as a form of currency for everything, including romantic commitment.

At Mayan betrothal and marriage ceremonies, chocolate—in its naturally bitter, unsweetened form—was served as a cold, savory celebratory beverage (much like vintage Champagne), particularly among the wealthy. The bride and bridegroom also exchanged cacao beans during their wedding vows to signify their bond.

After an exploratory foray to Mexico in 1519, Spanish explorer Hernán Cortés eventually introduced chocolate to Europe, where it evolved into a sweetened beverage consumed by the nobility. During the Industrial Revolution—as chocolate became more “democratized” and available to the masses—it morphed into a commercially sweetened (and dairy-infused) confection and drink.

Dark chocolate, like many foods, has its own unique nutritional profile and health benefits. However…if you’re allergic, sensitive or reactive to chocolate in any way, don’t start eating it now! 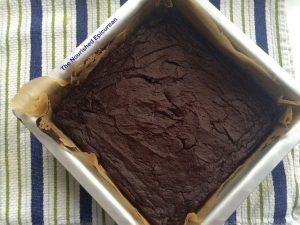 Sweet Potato Brownies
Adapted from The Iron You

If you are using roasted or cooked sweet potato, place (peeled) sweet potato in a food processor and pulse until smooth and creamy (no lumps). Add pureed cooked or canned sweet potato to the egg mixture and blend well.

Add the melted chocolate and coconut oil, and blend until completely incorporated.

Using a large spatula, gently fold the dry ingredients (cocoa mixture) into the egg, sweet potato and chocolate mixture until just combined. Do not over mix.

Pour mixture into parchment-lined baking pan. Using spatula, make sure that the batter is evenly distributed.

Bake for apx. 40 minutes, or until a knife inserted in the center comes out clean.

Enjoy!  P.S.  They’re great for breakfast the next day!

This free guide is your next step to reducing chronic stress and transforming your health.

Your information will *never* be shared or sold to a 3rd party.