This post may contain affiliate links. Read our affiliate disclosure for more information. 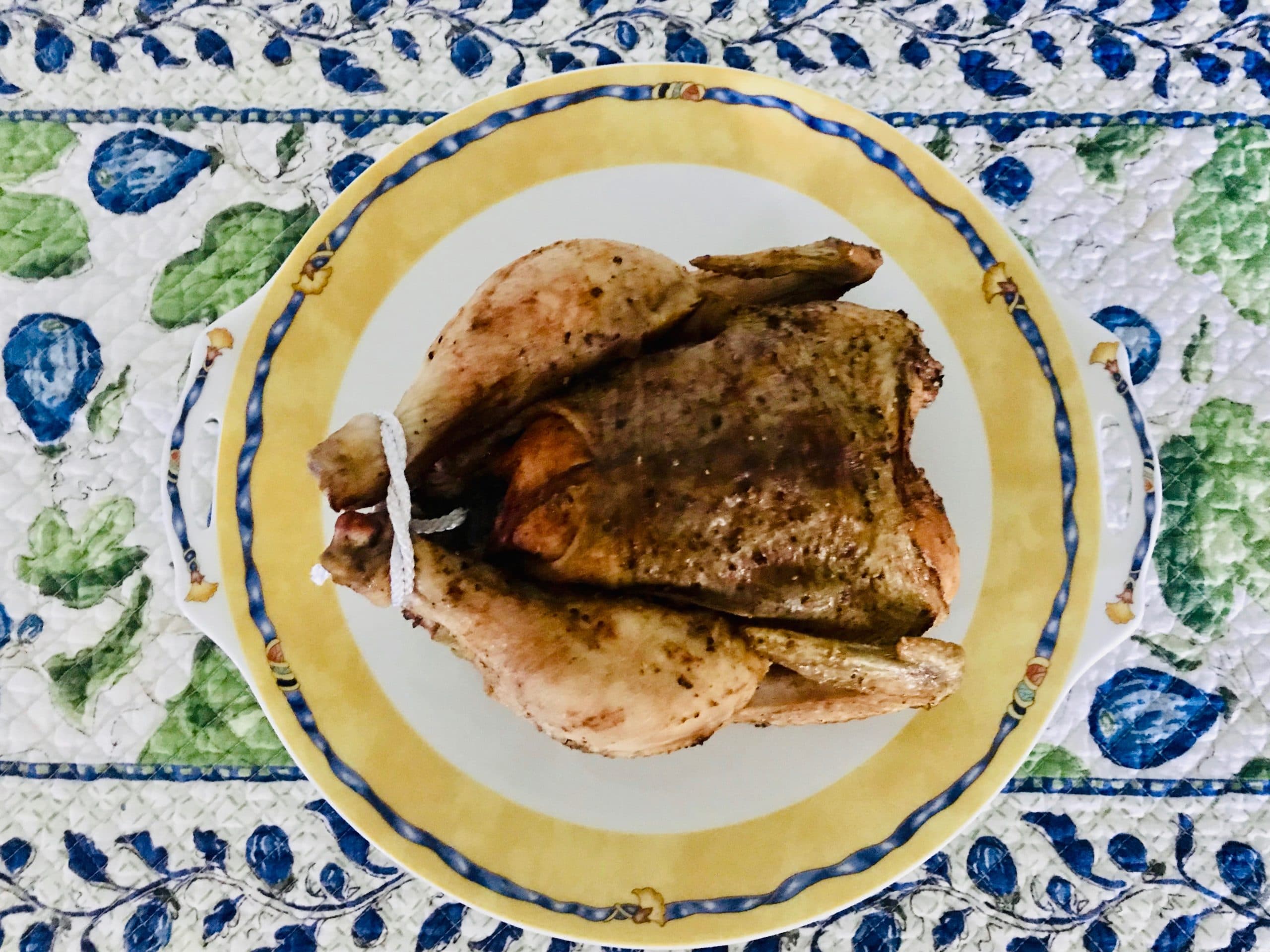 A delicious twist on classic roast chicken? The addition of cinnamon!

Beyond imparting a warm, sweet, fragrant aroma, cinnamon is a spice that has also been used medicinally since ancient times. The Chinese used cinnamon at least 5,000 years ago, and medicinal the use of cinnamon in Egypt, India and parts of Europe harks back some 500 years ago. As a traditional remedy, cinnamon was used for respiratory problems (e.g., cold, flu, sore throat), digestive issues (e.g., indigestion, nausea, upset stomach, gas) and as a general health tonic.

There are two types of cinnamon. One is Ceylon, also known as “true” cinnamon, native to Sri Lanka. The other is Cassia cinnamon, cultivated in Southeast Asian countries, like Vietnam and Indonesia, as well as China. Ceylon cinnamon, which you can often find at health food stores, is considered higher quality and is more expensive than Cassia cinnamon, a which is cheaper and widely available at the supermarket.

The ancients got it right! Studies show that cinnamon has powerful, positive effects on health, metabolism and inflammation, blood sugar regulation and can help promote insulin sensitivity; that is, cinnamon has an anti-diabetic effect. 2, 3, 4

What I love about this roast chicken is that it is a perfect weekday meal.  It takes just minutes to prepare; it calls for just four, easily accessible ingredients; and, it takes approximately 30 minutes to roast. And, of course, the end result is absolutely delicious!

If you are working on balancing your blood sugar, cinnamon is the perfect antidote. Taking one-half teaspoon to 2 teaspoons per day is associated with improving blood sugar and cholesterol.5  This recipe calls for 2 teaspoons of cinnamon (for the whole chicken).

While you prepare the chicken, place a stainless steel skillet (apx. 10 to 12 inches wide x 2 inches high) on a rack in the upper third of the oven for apx. 10-15 minutes.

Remove any excess fat and skin.  Starting at the neck cavity, gently loosen skin from the breast and drumsticks and the back by inserting your fingers between skin and meat.

Season chicken with Celtic sea salt and pepper under and over the skin.

Sprinkle ground cinnamon gently under loosened skin and rub over breast, drumsticks and back.

Optional: Tie legs together with kitchen string to hold its shape.

Remove skillet from the oven.

Place chicken, breast side up, in the skillet; yes, you’ll hear a loud sizzle! This is a good thing since searing the meat locks in the juices.  If you have giblets, add them to the pan as well.

Slowly—and carefully(!)—drizzle lemon juice under the skin of the chicken; this helps tenderize the meat.

Take the chicken out of the oven, and add 1/4 to 1/2 cup of water or chicken broth to the skillet; this adds moisture, and prevent the juices from burning.

Continue roasting another 15 minutes. Take the skillet out once more and spoon the liquid over the chicken to baste. Return chicken to oven and roast another 5 minutes.

Insert thermometer into the area between the leg and thigh. The internal temperature should be close to or around 160ºF. Slice along the leg where the thigh joins the drumstick: if the juices run clear, the chicken is done.  Also: the color will still be a little pink (but not raw or translucent) inside the leg.

Transfer chicken to a serving platter. Let the chicken rest until cool enough to handle. Carve and serve.