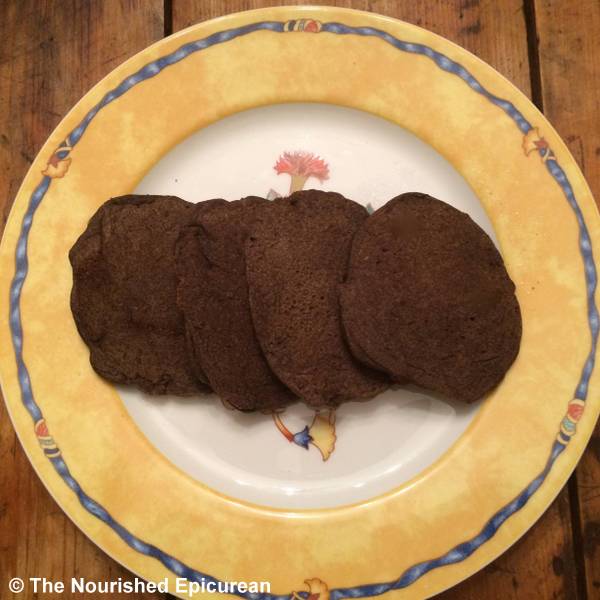 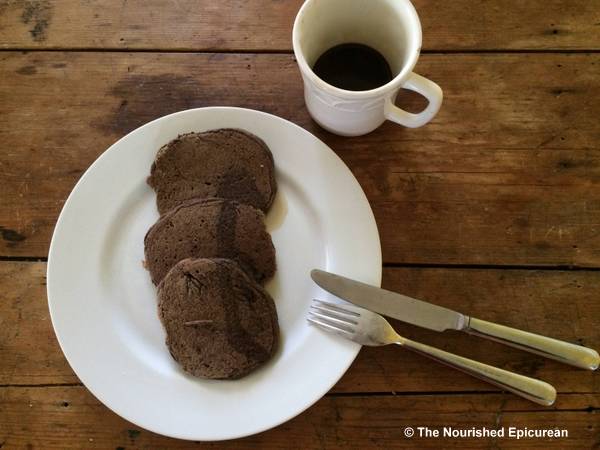 I might never have discovered buckwheat—and how much I love it—if I wasn’t hypothyroid.

When I was diagnosed with hypothyroidism a few years ago, my integrative physician advised me to stop eating wheat and gluten. While I had never been keen on eating sandwiches, pizza or pasta, his directive did put the kabosh on certain ritual foods that I enjoyed—my favorite breakfast was a toasted slice or two of artisanal multigrain bread, soaked with olive oil and studded with avocado while I sipped a double espresso. It marked the end of my longtime relationship with two local bakeries where I often indulged my cravings for baked goods, especially chocolate chip cookies, cupcakes and brownies. I also tamped down on my home baking ventures—baking oatmeal bread (every Sunday), as well as seasonal fruit pies, pancakes and muffins.

I gave up wheat in all its delicious incarnations—cold turkey. It wasn’t as difficult of a transition as I thought it would be—because I felt better on so many levels.

When a hankering for pancakes or muffins would occasionally strike, I turned to alternative flours.

Unfortunately, my choices were limited.

Almond flour was out as I am highly allergic to nuts, including almonds. This nut allergy even extended to coconut flour, which I love; however, coconut flour does not always love me. I avoid baking with “gluten-free” flours (typically some combination of brown rice flour, potato flour and or tapioca flour), because they can raise blood sugar as much as wheat flour.

That’s when I discovered buckwheat.

Despite its name, buckwheat does not contain wheat or gluten. Nor is it a grain—even though it’s usually counted as one. Related to rhubarb and sorrel, buckwheat is actually a seed. High in fiber, protein, amino acids, trace minerals, antioxidants and a good source of B vitamins, nutrient-dense buckwheat seeds are also known as “groats”.

Compared to other complex carbohydrates, like a Russet potato or popcorn, buckwheat rates lower on the Glycemic Index, meaning that it is absorbed more slowly into the bloodstream. The good news is that you’ll feel full longer and have more sustainable energy (instead of riding the blood sugar roller coaster; for example, feeling a rush of productivity during a sugar high; but unfocused and irritable during a blood sugar crash.).

Most importantly, buckwheat is deliciously satisfying.  I’ve enjoyed buckwheat in various forms: 100% buckwheat noodles (be sure to check the ingredients because in soba noodles, buckwheat is often combined with wheat), cream of buckwheat, buckwheat groats, and, of course, buckwheat pancakes (recipe below).

Buckwheat pancakes tend to be darker in color and texturally denser than white flour pancakes. They have a deep, rich earthy flavor with slightly mineral undertone. After eating a few (typically, 4 or 5), I am fully sated and good to go for the next 4 to 5 hours.

In another medium bowl, beat the coconut milk, egg and melted coconut oil, using an electric mixer (or whisk).

Fold the dry ingredients into the coconut milk-egg mixture, until just combined. Do not over-mix.

Melt a spoonful of coconut oil in a cast iron skillet over medium heat. When a drop of water sizzles in the skillet, add 1/4 cup of batter to the skillet—and continue to do so—until the skillet is full.

Cook until bubbles form in each pancake (depending on size, this could take 2 to 3 minutes). Flip. Cook another 2 minutes or until firm.