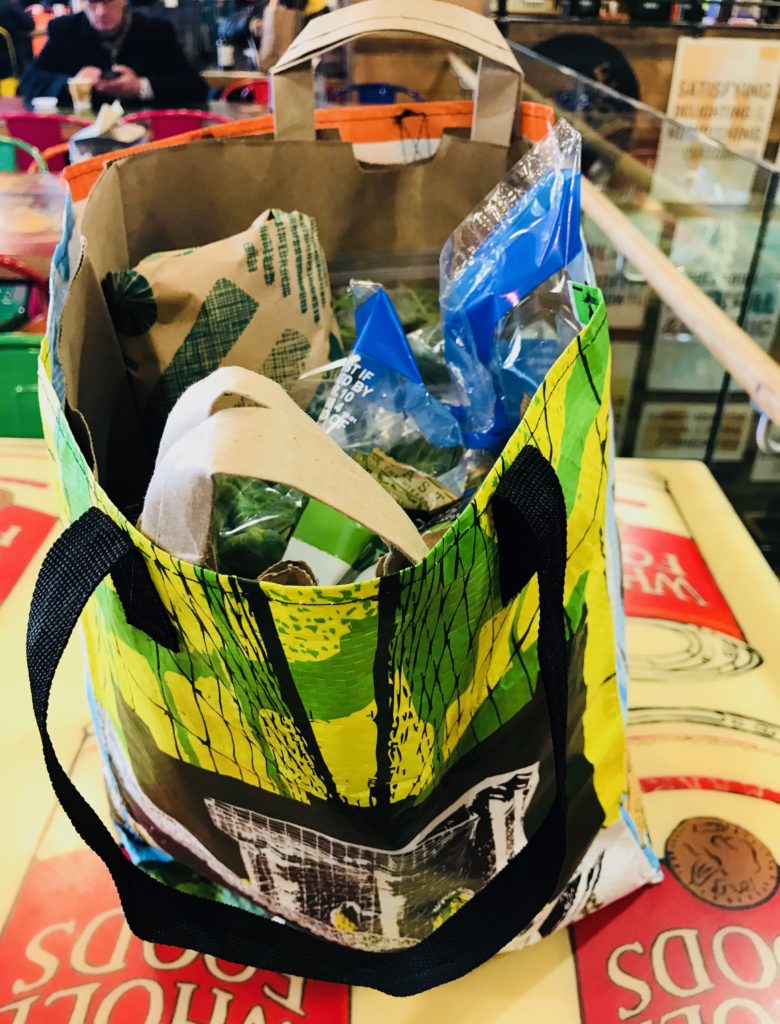 This morning, I brought home my groceries from Whole Foods Market in a recyclable bag lined with paper bags.

More than a few New Yorkers are feeling a bit grumbly about this new development. Adjusting to a new normal is never easy. Even I will miss the convenience and ease of toting groceries in lightweight plastic bags.

But the consequences for our health and environment are undeniable: we are literally drowning in plastic pollution.

Some plastic bag facts:
♦ Plastic bags are relatively new; they were only introduced to supermarkets in 1977!

♦ Americans use 100 billion plastic bags a year = 12 million barrels of oil to manufacture.

♦ Only 1% of plastic bags are returned for recycling: most end up in landfills or as litter.

♦ Plastic bags kill apx. 100,000 marine animals per year (they mistake the plastic for food); some 267 species have been
affected by plastic pollution in the ocean.

♦ 46,000 pieces of plastic are found per square mile of ocean

♦ It takes 500-plus years for A plastic bag to degrade in a landfill.

Food for thought: we are ingesting thousands of bits of plastic (microplastics) every year. How? By eating seafood, breathing through the air, ingesting food with trace amounts of its plastic packaging and drinking water in plastic bottles. In fact, a 2019 study found that humans may be consuming anywhere from 39,000 to 52,000 microplastic particles a year!