Why Saturated Fat Is Not the “Enemy” 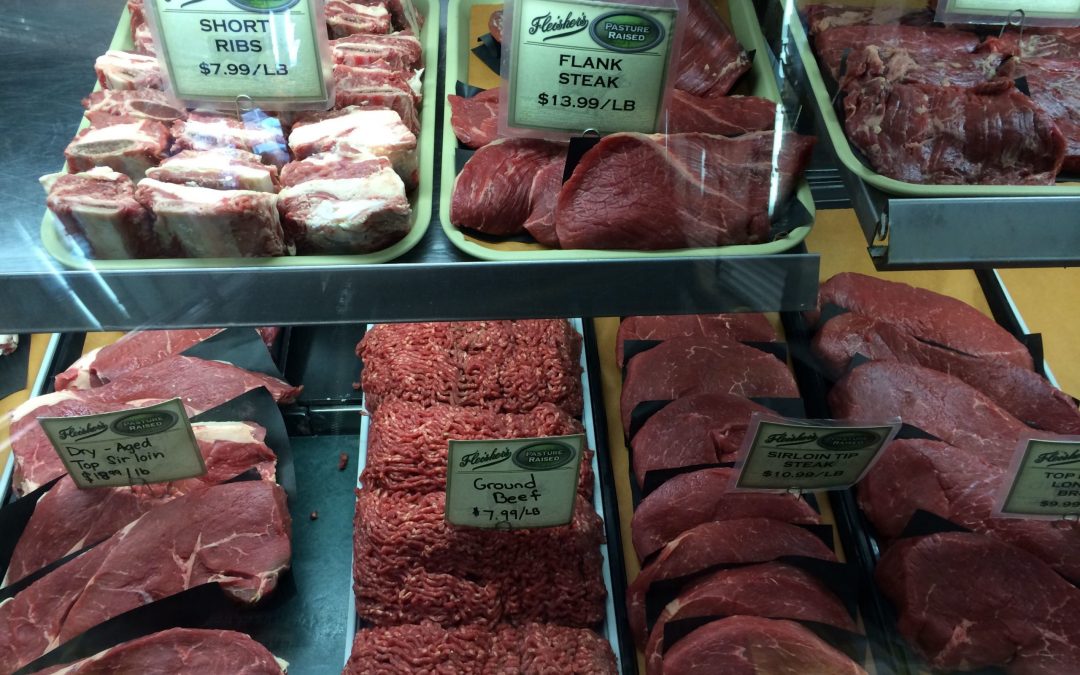 When I asked this question at a recent talk I gave, every hand in the room shot up.

New evidence tells us otherwise.  A study published in the Annals of Internal Medicine earlier this year, analyzed saturated fatty acids in the blood stream and as a component of diet. According to Dr. Rajiv Chowdhury, a cardiovascular epidemiologist at Cambridge University, and his team: the evidence does not support current guidelines, which restrict the consumption of saturated fats in order to prevent heart disease.  This comes on the heels of a 2010 study with similar findings.

Like most Americans, I had bought into the idea that saturated fat was “bad” for my health.

My estranged relationship with saturated fat started with my mother. She was born in Hong Kong, and grew up eating traditional Chinese foods.

My mother was (and is still) an excellent cook, buying only organic or local produce and quality meats and fish. But, as a homemaker raising her children in this country, she was greatly influenced by mainstream nutrition advice of the time (early 1980s), especially saturated fat. Though we did eat red meat, she trimmed off every bit of fat with the meticulous precision of a surgeon. She was particularly vigilant about saturated fat from dairy. She used margarine for baking—and margarine was what we slathered on our toast. We consumed only low-fat or no-fat dairy products—skim milk, yogurt, sour cream and cottage cheese. For a while, my mother even had us drinking Carnation’s non-fat instant powder milk—a ghastly facsimile for “milk”!!  She cooked mostly with corn oil and, later, canola oil, believing that “vegetable” oils were healthier.

My mother’s influence—as well as the media’s—caused me to be wary of saturated fat, and I shunned beef, butter, eggs and whole dairy for most of my adult life.

Fat is where the flavor is 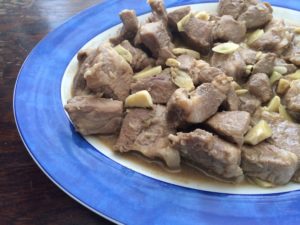 My avoidance of saturated fat never extended to other meats, game or poultry. It would have been a joyless existence not to savor Chinese pork belly, the golden-crisped skin of a roasted chicken or the fatty bits of a good lamb steak.

After all, fat is where the flavor is. Traditional Chinese cuisine embraces nose-to-tail eating—and, for me, a skinless grilled chicken breast with plain steamed vegetables is an uninspired “vanilla” meal at best. Growing up, my sisters and I always fought over dark poultry meat (thighs, drumsticks) and the succulent, velvety brown strips of pork fat from ti pong, a slow-cooked anise-infused braised pork shank. I’ve always loved organ meats, too.

In my interview with Nina Teicholz, author of The Big Fat Surprise, I learned that, like me, Teicholz had been influenced by her mother’s well-intended “low-fat” dietary choices and had diligently adhered to a low-fat diet.  But, after spending a decade researching her book, which debunks the enduring misconception that saturated fat causes heart disease—and that eating fat makes us fat—Teicholz now embraces saturated fat as part of a healthy diet for herself and her family. Click here to read about the health benefits, including weight loss, that she experienced by eating more fat.

The way we ate 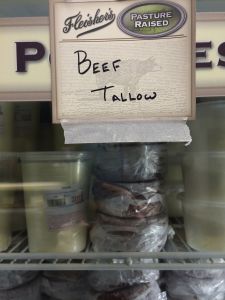 Saturated fats were the traditional fats used in cooking for a millennia. For centuries, the fat most commonly used in Europe was lard (pork fat), and American housewives also used lard and butter exclusively until 1900.

Since ancient times, people around the world have eaten saturated fat (in some indigenous populations, it comprised as much as 60-75% of their diet). Through the 18th and 19th centuries, Americans also relished animal viscera, according to the cookbooks of the time.

“They ate the heart, kidneys, tripe, calf sweetbreads, pig’s liver, turtle lungs, the heads and feet of lamb and pigs, lamb and beef tongue. Saturated fats of every kind were also consumed in great quantities. Americans in the 19th century ate four to five times more butter than we do today, and at least six times more lard” writes Teicholz. Yet, heart disease was unknown during this time.

The first description of a coronary thrombosis was recorded in 1912, and heart attacks became more widespread in the 1920s, coinciding with a period of reduced meat eating, the introduction of Crisco and increased use of vegetable oils.

Since the 1950s, Americans have placed more trust in food science and technology, which emphasizes novelty, convenience and processed foods that have an addictive quality, than in eating real, unadulterated, whole foods that have sustained previous generations.

How did saturated fat get its bad rap?

It started in the early 1950s when Ancel Keys, a physiologist at the University of Minnesota, developed the “diet-heart hypothesis”—the idea that eating dietary saturated fat (and dietary cholesterol) raises our blood cholesterol, and, consequently, increases our risk of heart attack. Keys also believed that eating fat must make people fat.  The diet-heart hypothesis was the basis of Keys’ famous Seven Countries Study, which found that people who ate a diet low in saturated fat had lower levels of heart disease, while, conversely, higher saturated fat intake correlated with higher rates of heart disease.

However, Keys conveniently ignored data from 16 other countries that did not fit his theory. For example, he left out countries like France and West Germany that had high-fat diets but low rates of heart disease (remember the famous 60 Minutes segment on “The French Paradox” in 1991, highlighting how the French ate a diet rich in saturated fat, yet had a low incidence of heart disease?). Had Keys included all 22 countries for which data was available at the time of his study, the date would have shown that those who consume the highest percentage of saturated fat had the lowest risk of heart disease.

Even though the Seven Countries Study had its detractors from the start, the idea that saturated fats caused heart disease took on a life of its own.  And, in 1961, the American Heart Association began recommending that Americans avoid saturated fat to fight heart disease.

Where are we now?

–The rate of diabetes has risen from less than 1 percent of the adult population to 10 percent.

–Heart disease still remains the leading cause of death for both men and women: 600,00 Americans die from heart disease every year; that’s 1 in 4 deaths.

Apparently, cutting back on saturated fat has only made us fatter and sicker by driving us straight into the arms of sugar, artificial sweeteners, processed foods and industrial vegetable and seed oils. Experts now agree that these have all played a significant role in the rise of obesity, diabetes and heart disease.

Learn more about saturated fat and your health