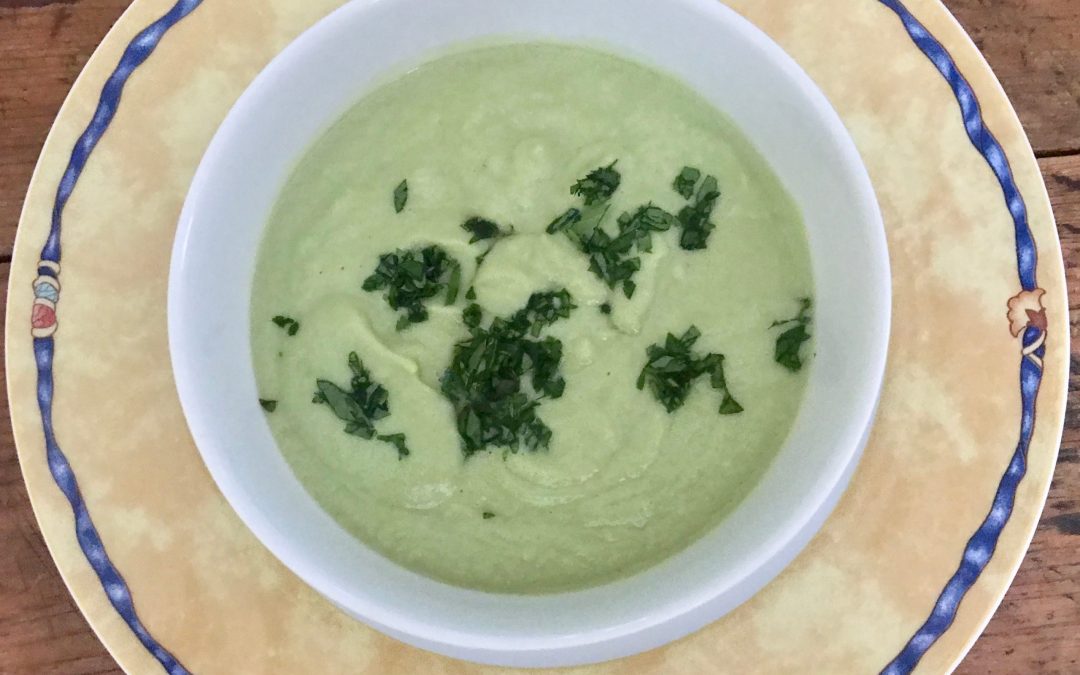 An easy way to stay hydrated (and pleasantly full), especially during the summer, is by eating watery foods. Cucumbers, which are made up mostly of water (approximately 95%), fit the bill. The high water content of cucumbers also makes them an excellent food for cleansing the body of toxins.  I use cucumbers in the recipes of my Clean Eating Cleanse program as a delicious way to detoxify the body.

Cucumbers are a rich source of antioxidants, like vitamin C and beta-carotene; manganese; Vitamin K; and flavonoids, like quercetin, a natural “anti-histamine”, and cancer-fighting kaempferol

Exerting a natural cooling effect, cucumbers are great for the skin. Animal studies suggest that cucumber extract may help reduce inflammation by inhibiting the activity of pro-inflammatory enzymes. Their cooling nature makes them a popular ingredient in many skincare products. Sliced or juiced, cucumbers can be used as a natural beauty aid for reducing puffiness under the eyes and as a facial toner or mask to enhance the complexion. The silicon and sulfur in cucumber juice may also help promote hair growth.

As a food, cucumbers are versatile. You can eat them raw, pickled or cooked. Thinly sliced, they’re perfect in salads, sushi rolls or simply plain with a sprinkle of sea salt. Add diced cucumber to a creamy raita and serve with grilled chicken or fish. I also like cucumbers grated and tossed with cellophane noodles, olive oil and a generous handful of cilantro.

To maximize the health benefits of cucumbers, be mindful of eating only organic cucumbers. Unfortunately, thin-skinned cucumbers rank #9 on the Environmental Working Group’s “Dirty Dozen” list of produce that retains the most pesticide residue.

Cucumbers sold in supermarkets are often coated with a waxy residue. This wax, supposedly food-grade and safe, can come from one of four sources: carnabu wax (from the carnauba palm tree), beeswax, shellac (from a beetle) and petroleum-based waxes (not good, nor desirable!). Natural or not, I don’t care for the waxy texture, so I only buy unwaxed cucumbers at the farmers’ market. (Historically, I’ve also raided my neighbor’s garden for cucumbers!).

One delicious way to enjoy cucumber—and beat the summer heat—is to make a creamy, no-cook cucumber soup from my seasonal Clean Eating Cleanse program; recipe below. 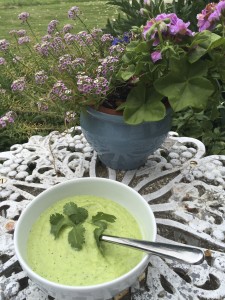